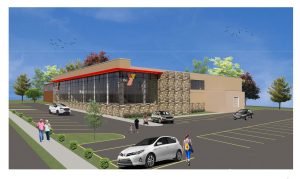 A portion of the $20 million may be utilized to provide interim funding during construction to expand and refurbish the YMCA's Fairless Hills and Doylestown branches. In Fairless Hills, space will be reconfigured within the building's current footprint to allow for an expanded fitness center, new universal locker room, additional program space, community gathering area, and more parking, plus giving the building a new, modern look. In Doylestown, the fitness center will be expanded and a larger spin studio and new program space will be added, as will a new universal locker room.

Read more about it: